We’re not used to see athletes as big as Adebayo Akinfenwa making a career in professional football. However, the 32-year old has been proving over the years that it’s still possible to combine a true heavy-weight body and become a pro in very physical leagues like we have in England.

Akinfenwa was born in England (in Islington, London), but he actually has a Nigerian descent. He’s not very tall, since he’s only 5ft 11in (1.80m), but it’s weigh and strength that obviously impress the most. He’s said to be weighing 102kg (224lbs), which probably immediately makes of him the heaviest professional football player in the World (at least if we only decided to account for professional leagues).

This summer, Adebayo Akinfenwa was transferred from Gillingham to AFC Wimbledon, after a season where he completed 34 games for his previous club, in which he scored a total of 10 goals. He’s very well known in all of England’s second-tier leagues, since it’s where he has been playing for the past 11 to 12 years.

In his professional career since 2002, Akinfenwa has already had a total of 420 appearances, scoring 143 goals in that time. Even though his physique might indeed lead us to think that he’s just too heavy to play football at this level, we can see from some of his videos that he does a pretty good job dealing with faster defenders… 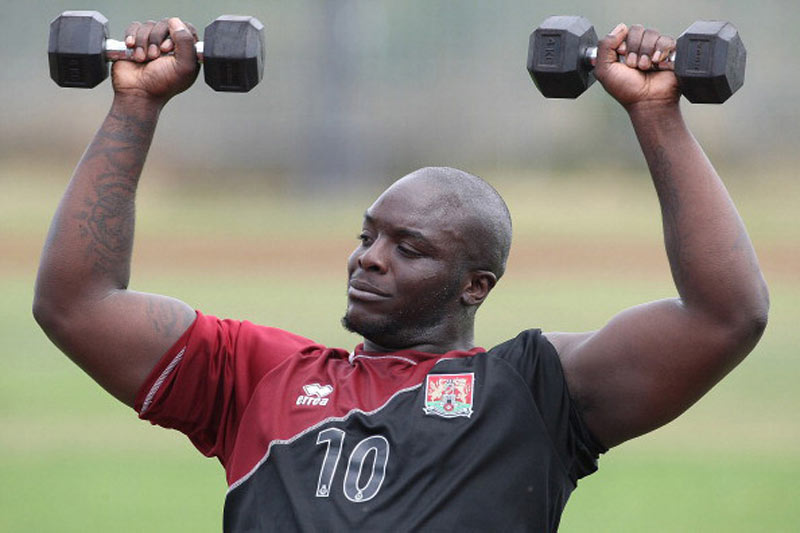 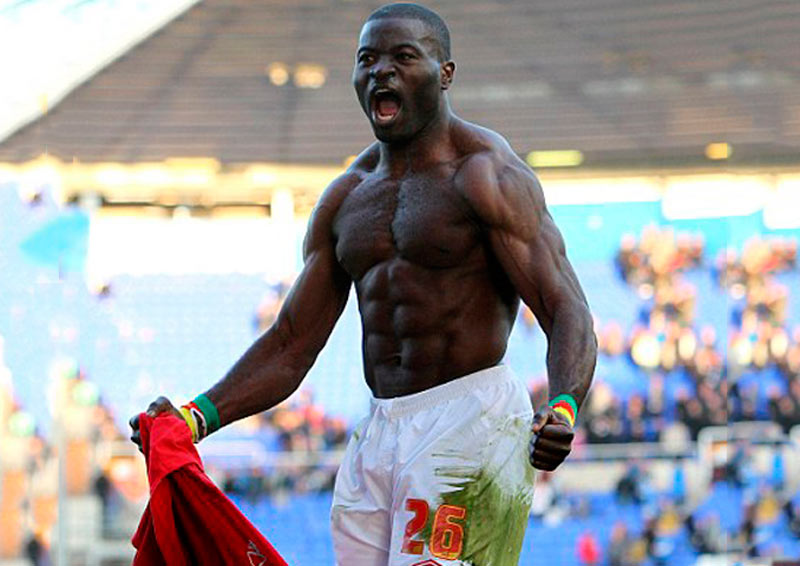 Adebayo Akinfenwa, the strongest football player in the World 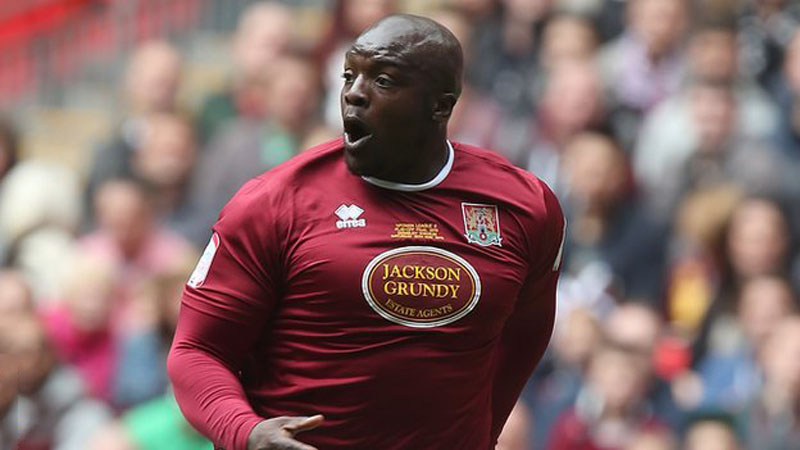 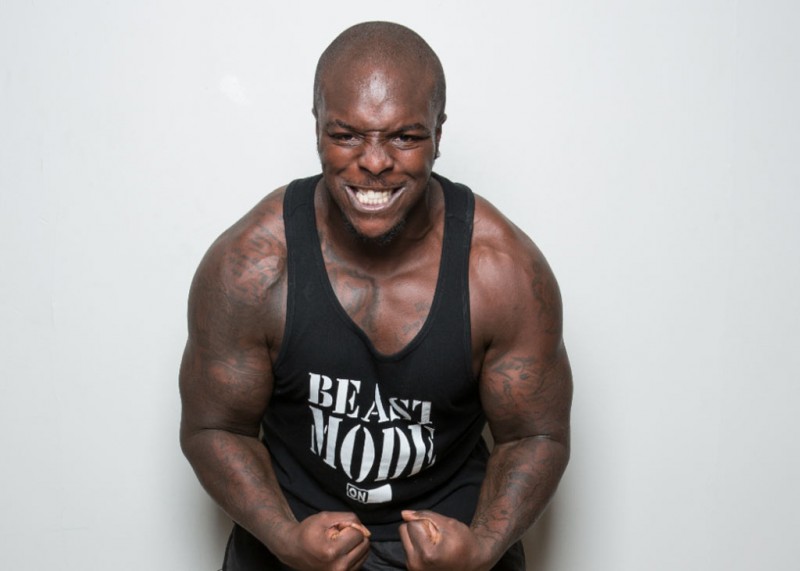 Adebayo Akinfenwa showing off his muscles and strength 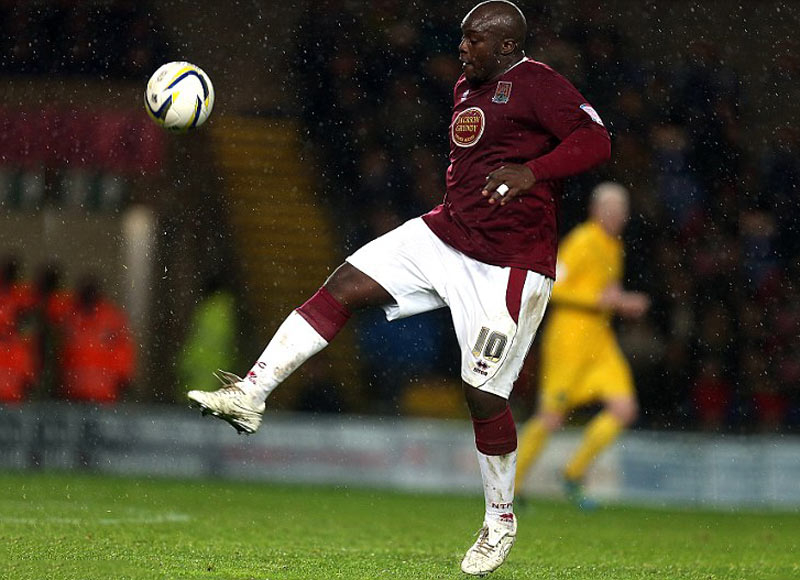 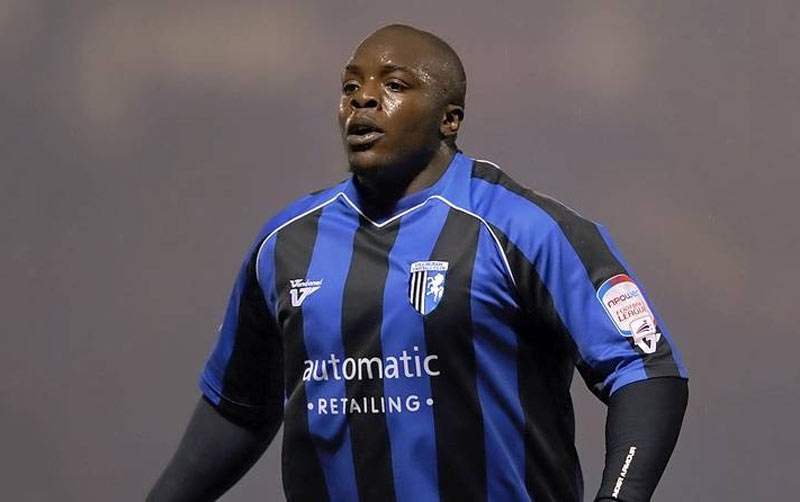