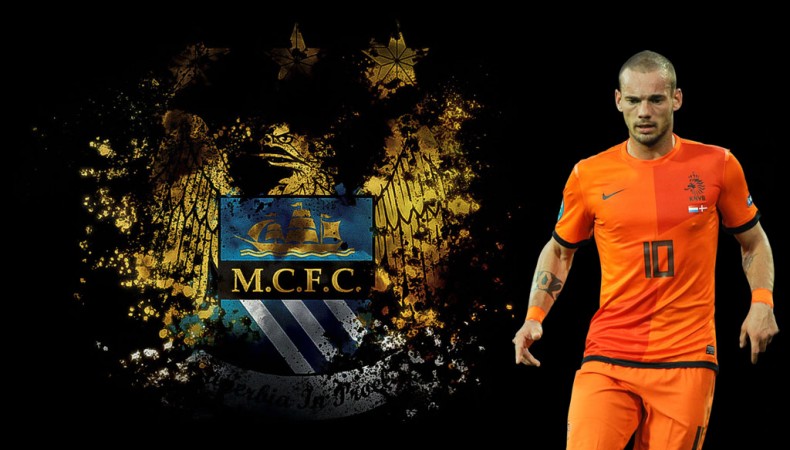 After a lot of rumors about Sneijder coming over to England last summer, it seems like that the Dutchman is finally very close to make the move to the Barclays Premier League. According to the news in England, it’s Manchester City who are now leading the race to bring the former Inter Milan and Real Madrid midfielder to the most competitive league in the world.

The Citizens‘ intention is to sign Sneijder this January, by the time the transfer market window will reopen. The English champions may need to pay up to 9 million pounds to Galatasaray though, a sum that isn’t likely to cool down their interest in acquiring one of the most talented midfielders in the game.

Sneijder, who has also been on Louis Van Gaal‘s wish list for Manchester United, had his agent involved in talks with Manchester City’s bosses earlier this week and a deal may have already been forged for next January. Right in the middle of a severe financial crisis, Galatasaray are desperate to cash-in a few millions as soon as possible, a fact that naturally helped Man City into convincing both the club and the player in moving forward with a quick agreement.

Sneijder has been playing in Turkey since the 2012-13 season, having scored a total of 25 goals in 77 apperances for Galatasaray so far. 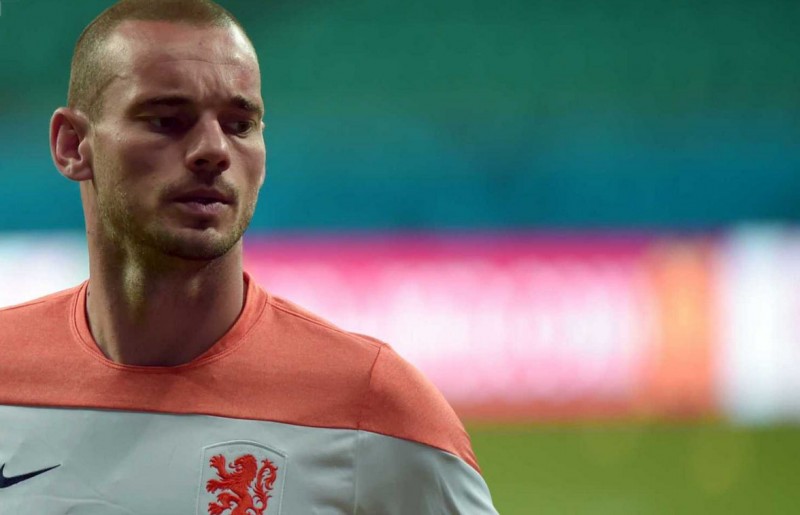 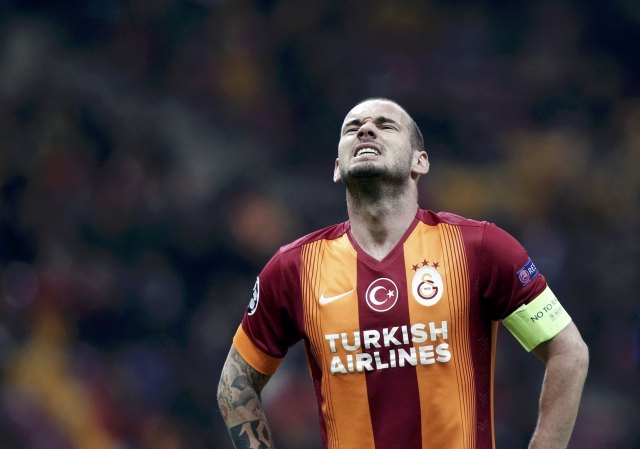 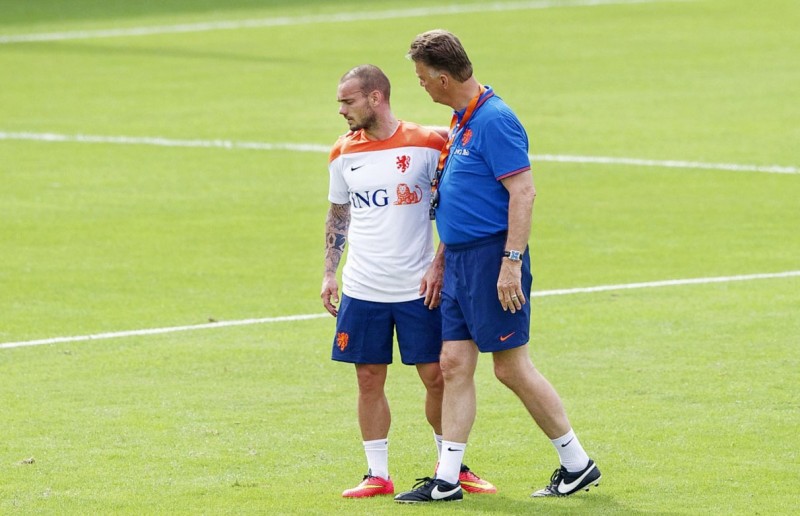 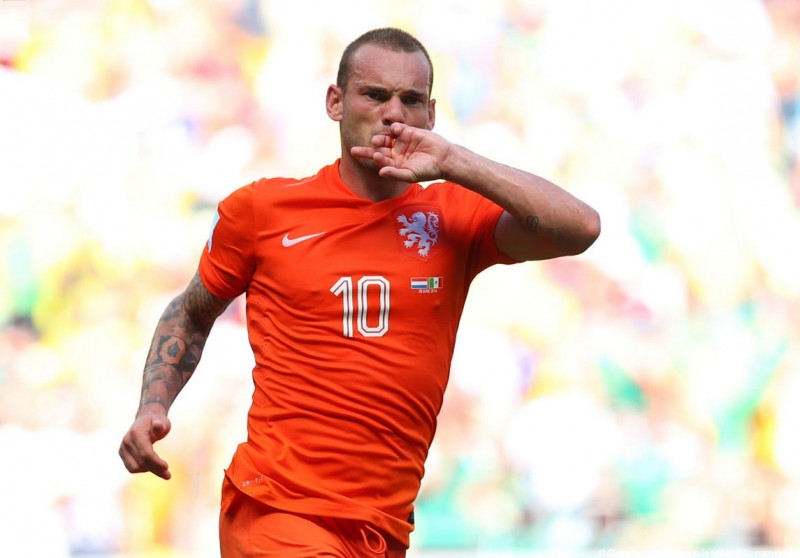 Sneijder celebrating a goal for the Netherlands