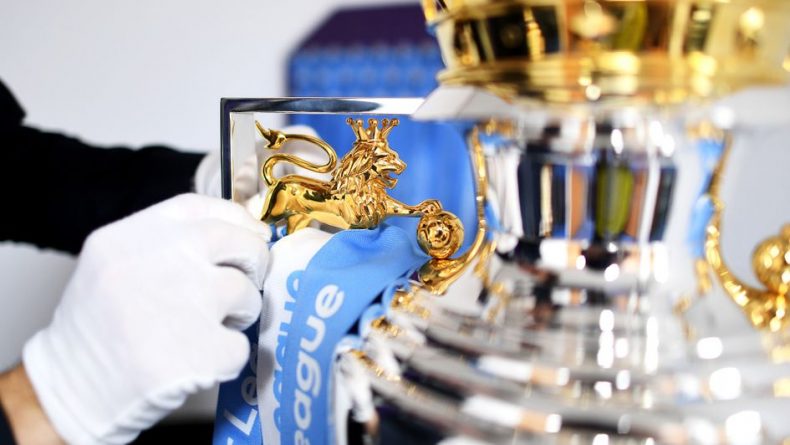 Liverpool and Man City in a class of their own

If you’re looking for the winner of the Premier League in the 2019/20 season, then look no further than Manchester City or Liverpool.

Those two went at it neck-and-neck last season until the final day of the campaign and the smart money is on a repeat of that two-horse race. The difference this time round is that Liverpool have hit the ground running earlier than last year, have taken an early lead in the points table and that Man City perhaps have more issues to deal with- particularly in defence- than they did when completing a strong turnaround in the 2018/19 season.

Will Liverpool finally clinch the trophy that they’ve craved for the best part of 30 years or will Pep Guardiola’s intensity and meticulous attention to detail be central to yet another comeback that will hand them their third Premier League title in a row?

Let’s wait and see. A thrilling race to the wire is a fantastic advert for the Premier League but the fact that it’s a two-horse race rather than a three or four-way contest also suggests there’s a big gulf in class, quality and consistency between those two and the rest.

And speaking of the rest, the members of the other so-called Big Six- Manchester United, Tottenham, Chelsea and Arsenal- have if anything, created their own gap between themselves and the two aforementioned super powers. That’s bad enough for them but if their problems continue and others outside this little clique start to take advantage, we could soon not be talking about a Big Six at all.

Third-place in the table isn’t a bad place to be at all. Four wins, three draws including two coming from ever-tough fixtures away at Manchester United and at home to Tottenham and just the one defeat at Liverpool (no disgrace, either) suggest Unai Emery has got his head around how he wants his team to play and what his best XI might be.

Pierre-Emerick Aubameyang has seven goals already in the league and is the jewel in their crown while it’s surely just a matter of time before Pepe shows us all what he can do. Dani Ceballos might just be the long-term replacement for Aaron Ramsey the side needs, should he stick around for longer than his one-year loan.

But they still look fragile at the back. David Luiz has good days and bad days while Sokratis is hardly a player to build a defence around, either. Former Celtic man Kieran Tierney will give them another dimension in attack with his marauding runs from left-back but might not help them too much when it comes to keeping clean sheets. And there lies their big problem.

The bad news for Chelsea is that their transfer ban means they can’t bring in fresh blood in the area that they really need strengthening; like Arsenal, it’s in the heart of defence. Compared to players from yesteryear like John Terry, Gary Cahill, William Gallas and going back further, Marcel Desailly and Frank Leboeuf, you won’t have a hard time arguing that the likes of Kurt Zouma, Fiyako Tomori and Andreas Christensen aren’t quite up to the same standard.

Still, the transfer ban has forced Frank Lampard’s hand in terms of having to field youngsters such as Mason Mount and Tammy Abraham, who have arguably been the teams’ two best players so far this campaign.

Scoring has been no problem at all but like the Gunners, if you can’t keep clean sheets, your task is always made twice as hard. Currently fifth.

If the stories are to be believed, Mauricio Pochettino wanted a big overhaul of his squad but because he doesn’t take care of his transfers, he never got it.

A few players like Danny Rose or Victor Wanyama were no longer in the gaffer’s plans but couldn’t be sold on for their market value, the on-off transfer of Christian Eriksen never materialised so an unhappy player was neither sold nor in the right frame of mind to be at his best and a few other players on Pochettino’s wish-list didn’t arrive.

The big-name signing they did secure, Tanguy N’Dombele, has been extremely impressive in the heart of their midfield. But Ryan Sessegnon, not cheap at 25 million, is yet to play a game because of injury while Giovani Lo Celso featured just three times before getting injured himself.

The usual stalwarts haven’t been at their best, results have been poor in all three competitions they’ve taken part in, there’s tension in the air and calls for the manager’s head. Spurs have plenty of problems to solve.

Another club in crisis. Surely no-one at big-decision-making-level at Old Trafford still believes Ole Gunnar Solskjaer is the right man to be at the helm for the next four or five years.

The club may have jumped the gun in terms of letting Romelu Lukaku go to Inter Milan on a permanent basis and Alexis Sanchez also leave for them on a temporary one, given the dearth of options upfront for United.

Paul Pogba is an enigma in terms of whether he wants to stay, what position he wants to play in or even what sort of form he’s in. When he’s the biggest name at the club, that’s not a good problem to have.

More worryingly, results have been awful and there’s no quick-fix to that. Looking ahead to the next round of fixtures and it’s Liverpool up next for them. Things could be about to get even worse.

At the start of the season, many felt it could be Everton. Under a highly-rated manager in Marco Silva and with a rich squad after heavy spending in the past few seasons, they seemed the side most likely to challenge for a Top Four finish outside the six mentioned already. But it hasn’t worked out that way with their star names upfront failing to score enough and their defence leaking plenty of goals. It’s unlikely to be this season they challenge for those top places.

The same can’t be said of Leicester. Brendon Rodgers has proved over the years he’s a fine manager both from a tactical and man-manager point of view. Jamie Vardy is still around and as fit as ever while James Maddison could become England’s chief playmaker in the near future and Youri Tielemans regularly features for the much-vaunted Belgian national side. They’ve already beaten Tottenham and drawn away at Chelsea. They’re currently fourth and with no distractions in Europe, look the side best-suited to try and secure a Champions League place. Their major obstacle could be their own self-belief but Rodgers has seen it all before and looks like a man perfectly capable of keeping it all together.

Don’t discount West Ham, either. They may be down in eighth but just three points separates them from third place. Like Leicester, they have a very capable figure in charge in Manuel Pellegrini while Declan Rice is just the sort of home-grown English youngster plenty of other clubs are a bit jealous of.

Theirs is an attacking brand of football who can score freely on their day and are finally playing in the sort of on-the-front–foot sort of way their fans love to see them doing. Unlikely to finish Top 4 but more than capable of giving the big-name sides a few bloodied noses. So yes. Liverpool and Manchester City are in a league of their own but with the other ‘Big Four’ each having their own problems, this season could see someone else gatecrashing the party, and indeed future seasons may have a very different looking top six.