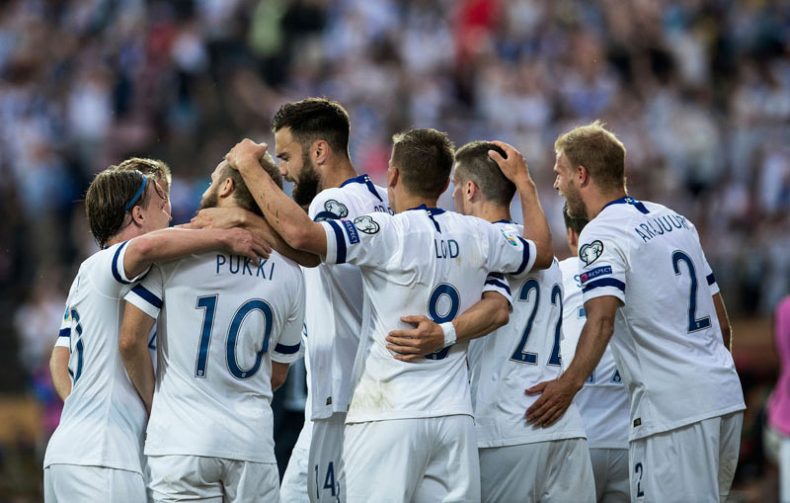 Finnish Football – From the Pits of Despair to Qualification Jubilation

Finland qualified for their very first international tournament in November 2019, when they beat Lichtenstein 3-0, and it was a party that was in the making for decades. The Sonera Stadium in Helsinki was at full capacity with 10,766 fans crammed inside, and there were many more gathered outside cheering their country on to glory. When the final whistle blew, celebrations were seen like never before in Finland.

To understand how significant this was for this small Nordic country, we must take a look back at their darkest football moments.

Ask any Finnish football fan that is old enough to remember what happened on the 11th of October 1997 and they will probably grimace before answering. This was the day that the Finns took on Hungary in the last round of qualifiers for the FIFA World Cup in 1998. If they won, they would have qualified for a play-off and things were looking good as they were winning 1-0 with less than a minute of injury time remaining. Those who had placed a bet on Finland to qualify for the play-off on sports betting sites such as suomiveikkaus.com were probably already wondering what they could spend their money on.

With just seconds left, Hungary won themselves a corner. The ball was swung into the box, prompting a scramble. The final touches were all by Finnish players – a rushed clearance was hit towards their own goal, the ball got cleared off the line but went on to hit the back of the keeper and deflected in. This was the last kick of the match and Finland’s hopes of playing at their first World Cup were over. The stadium was deathly silent as the players walked off the pitch shocked by what had transpired.

Most Finnish fans who watched that match have done their best to block it from their memory. Many probably still have nightmares about it to this very day.

There were hopes that the pain of that dark day in October 1997 would be banished quite quickly. During the early 2000s, Finland had their more talented squad, many of whom were plying their trade in the top leagues in Europe. This included the likes of Sami Hyypia, Antti Niemi, Jussi Jaaskelainen, Mikael Forssell, and Litmanen. Many saw this as Finland’s golden generation and the squad that would get them to their first major tournament.

However, it was not to be. The closest that they came to qualifying was in 2007, when they were managed by Roy Hodgson. The Finns got to the point where they needed a win in their last game to secure a spot at Euro 2008. However, there was one issue, and that was that the match was against Portugal. Finland did a respectable job of nullifying Cristiano Ronaldo and Nuno Gomes, but they never came close to scoring themselves. The game ended 0-0, but this was not enough to see them make history.

The Teacher and History Maker

While the senior side were licking their wounds yet again, some impressive things were occurring at youth level. The u-21s team were going well in their bid to qualify for Euro 2009, with four wins from four matches in 2007. They then won another two games in 2008 to make history as the first Finland team to make it to the European Under-21 Championship.

The manager at the time was Markku Kanerva, who was also the man in charge when Finland qualified for their first major senior tournament two years ago. A defender who spent nearly all his career playing for Helsinki, earning 59 caps along the way, had the credentials to earn respect as a manager, but it was what he did away from the pitch that helped to shape him. Kanerva combined playing football professionally with being a teacher, specialising in PE and maths. It is this educator side of him that has helped him be successful as a coach.

Growing Together and Grounded Characters

Continuity has been vital for Finland. The captain of the U21 team when they qualified for the Euro 2009 was Tim Sparv, and he is now senior team’s captain. As well as Sparv, there are a number of other players from the U21 squad that are now an important part of the senior team.

However, unlike the perceived golden generation, many of the current squad are not well known. Norwich’s Teemu Pukki is probably the most well-known, while Lukas Hradecky (Bayern Leverkusen) and Sparv (AEL), both have some experience of playing in top leagues. Many would think that the lack of household names would be a hinderance, but it was probably a major factor in their success story.

Their team spirit for a national team is unique, and they play like they are a club team that are together all the time. All the players know what is expected from them and they are a well-oiled machine, especially in defence.

It is only natural that Finland got some inspiration from the success that Iceland had at Euro 2016. This was Iceland’s very first appearance at the Euros and their fans caught everyone’s attention with their “Viking Clap” chant. However, they also performed well on the pitch too, beating England 2-1 in the Round of 16 to make it to the quarter-finals. If a small country like Iceland is able to perform well on the world stage, then there is no reason why Finland cannot as well.

Finland have a tough group at Euro 2020, having been drawn into Group B alongside Belgium, Denmark, and Russia. However, in their very first game at the European Championship, which was overshadowed by Christian Eriksen’s cardiac arrest in the first half, they showed the talent that they have by beating Denmark 1-0. Joel Pohjanpalo became the first Finn to score at a major tournament, and that is something he will be able to tell his grandchildren in years to come. They then went on to put in a decent display against Russia, but they ended up losing 1-0 thanks to a wonder goal by Aleksei Miranchuk. Their final group game is against Belgium, and it is likely that they will need a positive result in order to go through as one of the best third placed teams. There will not be many people betting on Finland getting at least a draw against a Belgium side that is tipped to go far in the competition, but whatever happens the Finns can hold their heads up high and dream of future participation at big international competitions.

0 people like this
EURO, News, Other
EURO 2020European Championshipfinland