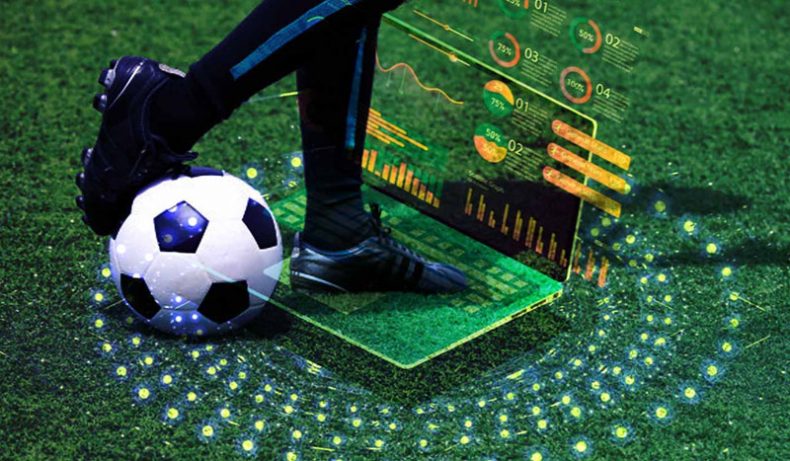 There is something so thrilling about football today that keeps fan’s hearts racing when their favorite team is playing. Having been a football fan for more than 15 years, I can attest to the feeling of frustration I get when a team I support is losing, and the overwhelming excitement I get when we are on the winning side.

The feeling is even more heightened with sports betting, as oftentimes, one misfire from a star striker or a slip from a defender or goalkeeper can ruin a betslip with a winning potential of hundreds or thousands of dollars. It is almost a never-ending debacle that I often wonder if it’s the same with all sports bettors around the world.

My quest for more workable, sustainable and knowledge oriented investment options got me researching into the mainstream financial markets. While I am still a football fan, I have somewhat relegated sports betting to the sidelines and have embraced the mainstream financial markets. It should be noted that individual preferences differ, and many people may have adequate tolerance for football and all the risks and uncertainties that comes with betting.

It should be known that the phrase “human wants are insatiable” isn’t just limited to economic contexts, it is applicable to all aspects of life. The unease that accompanies watching sports bets is also applicable in trading financial instruments like the foreign exchanges. Then digital currencies came into the limelight and proffers a new alternative to what stock markets are offering.

The advent of Bitcoin and altcoins and their accompanying volatility which makes it easy to print massive gains within a few hours. For many people, the cryptocurrency industry and its growth over the years comes off as a panacea to redundant capital growing schemes as financial advisors advocate in growth stocks.

But investing in digital currencies also comes with its downsides, and losses can be remarkably irreversible. Just as apprehension is the order of the day when waiting on one’s team to help win a bet on a sports betting ticket, so also does digital currencies keep many people watching the chart often. For a better context, back in November last year, Softbank’s Chief Executive Officer (CEO), Masayoshi Son said that he quitted Bitcoin, at a massive loss because he does not understand the Satoshi Nakamoto creation.

Son also noted that he is often glued to the charts for several hours in a day and he started becoming so distracted that he had to just exit his position in BTC, despite losing up to $130 million. The reality is that many traders have an almost similar experience as Son, and as the broader ecosystem evolves, innovative solutions are being introduced.

TurboXBT is a synthetic asset trading platform that guarantees instant profits of up to 90% in a relatively short period of time. Starting from sports betting, a football fan that places his bets on a single game will have to wait at least 105 minutes to know the outcome of his bet. This can be so long, especially when your team is losing right from the start of the match.

In mainstream financial markets where commodities and Fx are traded, positions are also typically opened for a relatively long period of time, all contributing to massive apprehension and longing on the part of the trader. The TurboXBT platform uses timing as a major tool with trades spanning a relatively short period of time.

The TurboXBT platform enables traders to trade on 17 different assets covering foreign exchange, digital currencies, commodities and indices. These assets are divided into 38 pairs including but not limited to BTC/USD, and SP500/USD, all of which have their unique payout rates, which could either be as low as 55% and as high as 90% depending on the underlying market conditions.

Trades can span 30 seconds, 1 minute, 5 minutes, 10 minutes, and a maximum of 15 minutes. Each of these time frames can give the user the exact return on investment that is highly competitive compared to industry standards. The TurboXBT platform comes off as a redemptive solution for traders that time has robbed off the profits they deserve in sports betting.

TurboXBT is easy to use as it is designed with a very user-friendly interface. It has a no-KYC policy which favors all of its users as they have full control over their data, and users do not pay any commission on deposits, withdrawals and winnings. These offerings make the TurboXBT platform a worthy option to invest one’s capital.

As a way to bolster users journey towards making quick profits on TurboXBT, the platform offers $1000 in Demo accounts for all newly opened accounts This demo account can be used to learn and perfect one’s trading strategies, before committing actual funds into trading, a provision that is designed as a risk management strategy. With adequate practice, and understanding of how the market works, the chances of winnings on either the UP or DOWN contracts on TurboXBT becomes higher.