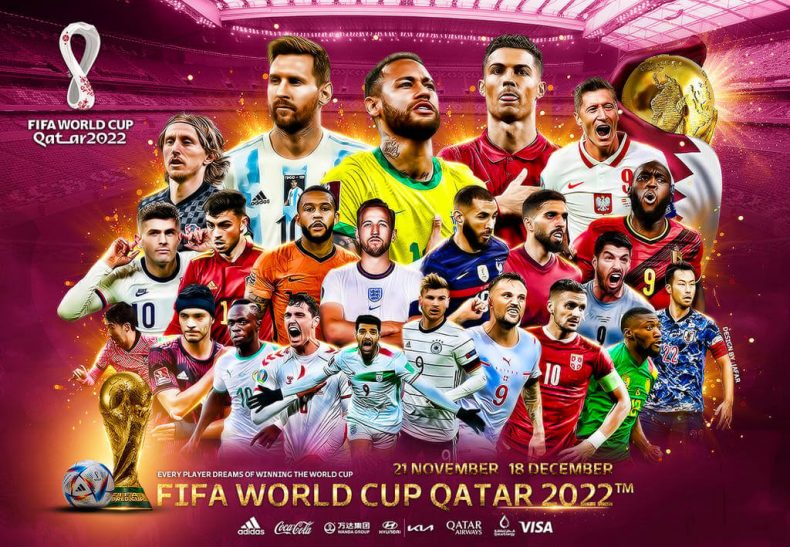 Moving on to Group G, which consists of Brazil, Serbia, Switzerland and Cameroon. This is a group which consists of fascinating teams and players as well as two potential options who could have the best odds for the world cup top scorer in Qatar this winter.

Who are the favorites?

The obvious favorites to qualify from this group will be Brazil. Ranked number one in the world, the Selecão will not only be tipped to win their group comfortably but go all the way to claim their first World Cup trophy since 2002.

They have some of the best attacking talent on the planet and will back themselves to go all the way in the Middle East this December. With consecutive Copa America finals appearances in the last few years (one Copa America win as well), Brazil know what it takes to go deep in competitions recently and will back themselves to make another strong run in another international tournament.

The really interesting part is the battle between the rest; the battle to finish second.

Who can advance to the next round?

Serbia, Switzerland and Cameroon make up the rest of the group. It is almost a forgone conclusion that Brazil qualify for the knockout stages before they play their final group stage fixture but you can’t rule out the impossible from happening. It is football. That being said, 15 places separate Brazil from the next best country in the group, Switzerland, while there are 22 places between Switzerland (ranked 16th), Serbia (ranked 25th) and Cameroon (ranked 38th). It will be a much closer contest between the three.

Switzerland will fancy themselves as favorites between the three teams because of their superior rank and their track record of failing to qualify for the last sixteen in only one of the last four World Cups they’ve been involved in this century. Inability to qualify for the latter stages will seem like a failure to the Central European nation, who qualified first in their group ahead of European Champions Italy. They picked up 18 points in qualifying and conceded only two goals, the joint lowest in European qualifying.

Elsewhere, Cameroon are still looking to reach the lofty heights of Italia 90 where they got as far as the quarter finals of the prestigious tournament. Since then, they have made five appearances on the world stage and won only one game in that time, thus failing to even get to the last 16. This could be the time for the Indomitable Lions to take that step forward after doing well but falling short of glory at the Africa Cup of Nations which they hosted earlier this year.

Another team trying to make it to the next round is Serbia. A consistent feature in the latter rounds of the World Cup in the 20th Century are now a nation that have not advanced to the last 16 of the tournament since the new millennium. They last qualified for the last 16 in 1998.

Fans of The Eagles will have reason to be optimistic about a good run in the tournament this time around because of how well they did in qualifying. They were able to finish ahead of Cristiano Ronaldo’s Portugal to secure an automatic trip to Qatar and they will back themselves to do well when they get there.

Who are the best players?

There is no shortage of individual quality amongst the four teams in the group but the team that possesses the best players is obviously Brazil. From top to bottom, they have a stacked team with several options in each position as well as players who are good enough to play for the national team but don’t even make the cut.

They possess one the best players in world football today in Neymar as well as two of the best holding midfielders on the planet in Casemiro and Fabinho, among other players. They are an absolutely stacked team.

In terms of overall quality, Serbia would consider themselves second best, albeit by some distance with players like Dusan Tadic, Dusan Vlahovic, Sergej Milinkovic Savic, Alexa Terzic and Alexander Mitrovic come together to form a very talented team filled with youth and experience. Underestimate them at your own peril.

Switzerland are no push overs either. They’re a team that have quality, experienced players who have played in multiple world cups and young players who are also used to international competition. Players like Breel Embolo, Haris Seferovic, Xherdan Shaqiri, Emmanuel Akanji and Granit Xhaka have helped them attain success in recent times.

The most impressive part of Cameroon’s team is their attack. They scored 15 goals in the seven games they played at the Africa Cup of Nations on their way to claiming bronze and a big chunk of those goals were scored by Vincent Aboubakar and Karl Toko Ekambi. Other talents like Andre Zambo Anguissa, and Eric Maxim Choupo-Moting will have big roles to play if Cameroon are going to make it out of the group.