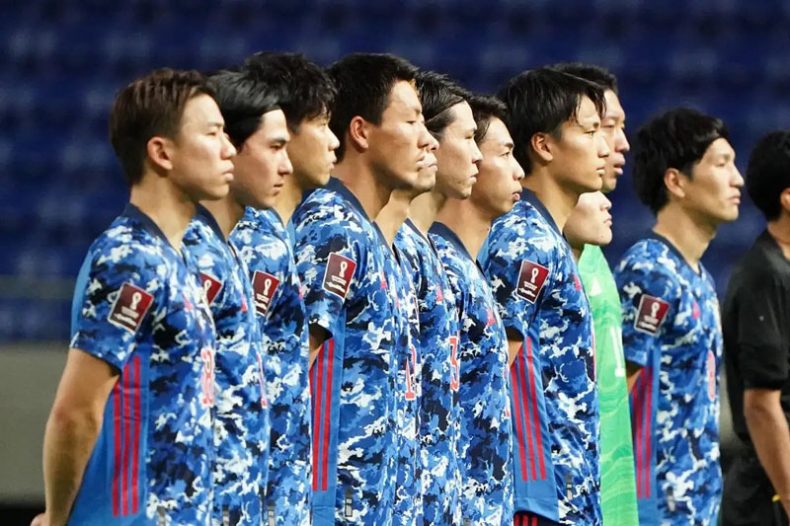 In addition to being the team’s eighth straight appearance at the World Cup, Japan’s best World Cup performance has been reaching the Round of 16 three different times. They will be hoping to shock soccer fans around the world in the 2022 edition.

Many think that Japan will not make it through the groups stage, considering their rivals. Japan is against the power of Germany, Spain and also Costa Rica.

Japan is in Group E they are led by the coach Hajime Yoshida and their captain Maya Yoshida.

Japan Squad for the World Cup of 2022

Although not fully confirmed, this is the likely squad of Japan for 2022:

Goalkeepers of the Japanese squad are:

Defenders of the Japanese squad are:

Midfielders of the Japanese squad are:

Attackers of the Japanese squad are:

Japan is playing on this day and time (Central European time):

23rd November Germany will play against Japan at 14:00hrs.

Some Information about each Team in Group E

The Japanese team is very fast and aggressive. Attackers like Daizen Maeda, Yuya Osako and Takuma Asano can be very dangerous if they are left unmarked in the penalty box of Germany. On the other hand, Germany and Spain are two of the biggest football forces in Europe and they will be very difficult to beat. Both Germany and Spain are favourite to win the Qatar World Cup, so Japan has a difficult task.

Japan cannot underestimate the power of Costa Rica. In 2014 Costa Rica made it to the Quarter finals and in 2018 they made it to the 1st Groups round. Coached by Luis Fernando Surez, they will try to exploit on Japan’s lack of success at international competitions since World Cup 2018 and harness the self-confidence they will have gained coming off the latest international wins.

After a rough start to their qualification campaign, head coach Hajime Moriyasu will have exhaled a sigh of relief when his team ultimately secured qualification. But now that they are in Group E with Spain, Germany, and Costa Rica, the next difficult hurdle is ahead. Let’s wait for the football feast to begin and see what this Group has to offer!