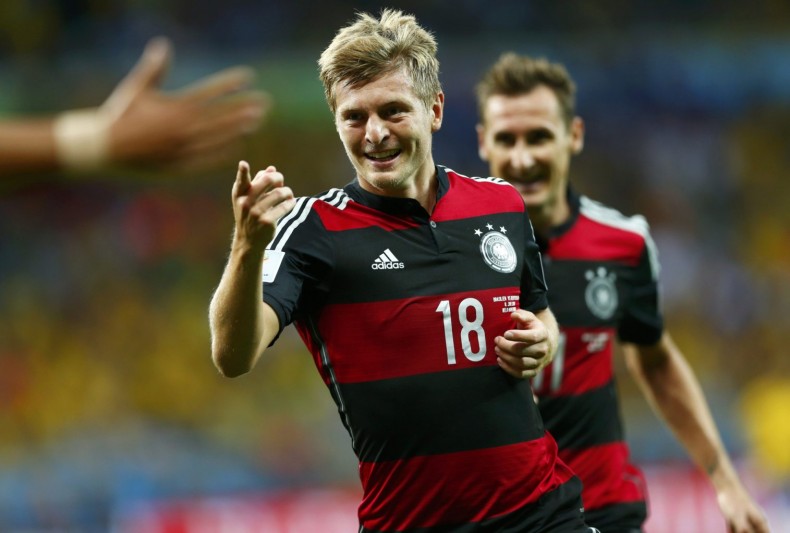 When we reach to such a latter stage as the semi-finals of a FIFA World Cup, we expect to see a very disputed and even match. That could have been a reasonable preview for this Tuesday’s game between Brazil and Germany in Belo Horizonte, but what we ended up witnessing on the field has astonished even the most skeptical of fans.

Germany humiliated a very disorganized Brazil side at the Estádio Mineirão, and they’ve done that by imposing them the largest defeat in their history, through a hard-to-believe 7-1 final score line. The way those 4 Germany goals started pilling up in the middle of the first half caught everyone by surprise, since the “Mannschaft” somehow managed to go from a 0-1 advantage into a 0-5 scoreline in only 6 minutes! May no one doubt that this is a game that is now destined to go down in history as one of the most incredible and shocking results in football.

Brazil‘s debacle started in the 11th minute of the first half, when a corner-kick from Real Madrid’s target Toni Kroos, found Thomas Muller completely forgotten in the heart of Brazil‘s box. The Bayern Munich striker finished it off with a nice first touch strike and delivered Germany an always important first important lead, that they were to never drop again.

Then came an absolute showdown from the German team. From the 23rd minute to the 29th minute, Brazil conceded 4 goals and basically ruined any chance they still had of turning this game around. The 0-2 was scored by Klose and besides giving his side a more comfortable lead, it also allowed him to become the top goal-scorer in the World Cup history (16 goals), surpassing Ronaldo‘s record of 15 goals.

The 3rd and 4th goals for Germany were scored by Toni Kroos, the man who is reportedly very close to sign for Real Madrid. The German midfielder first finished off a cross from Lahm on the right and just a couple minutes later, he buried his second following an incredible lost of possession by Manchester City‘s player, Fernandinho.

However, Joachim Löw‘s men weren’t satisfied just yet and they reached their handful of goals when Sami Khedira found the back of the net for the first time in this World Cup, capitalizing on another terrible display from the Brazilian defense. Everything was going the wrong way for the hosts and more than missing their star player Neymar Jr, they seemed to have been more affected by the absence of their captain and centre defender Thiago Silva.

Half-time came on, but the story didn’t change much in the second half. Germany would still manage to extend the lead twice, and both times through Chelsea‘s midfielder, André Schürrle. The 23-year old scored his first from an easy close-range strike in the 69th minute, but added another to his tally 10 minutes later, this time through a terrific shot with his left foot that left Júlio César standing still on the ground. By that time, the home crowd had already turned their back to the Brazilian National Team and had decided to start chanting “Olés” as the Germans passed the ball around.

Brazil still managed to reduce the lead to 1-7 thanks to a good counter-attack goal from Óscar, but the irreversible damage had already been done. This final scoreline will surely be remembered in many years to come and if Brazil already had a bad memory “Maracanazo” haunting them, they’ll now have a “Mineirazo“. 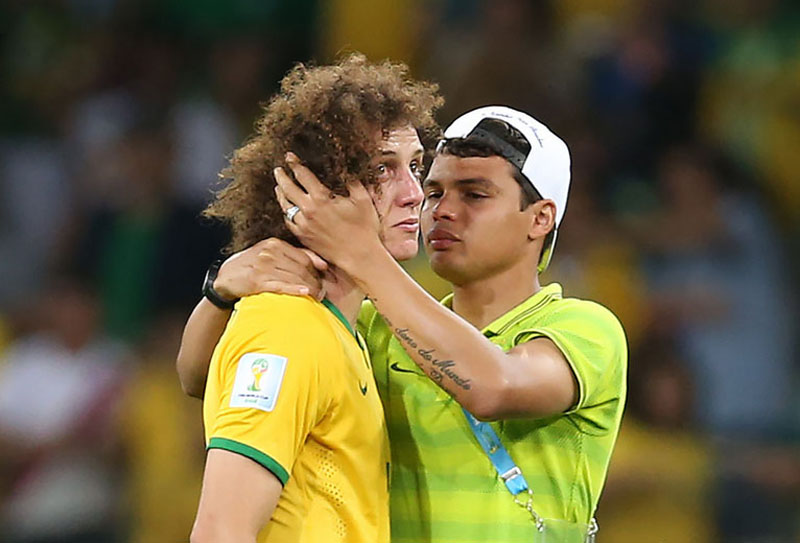 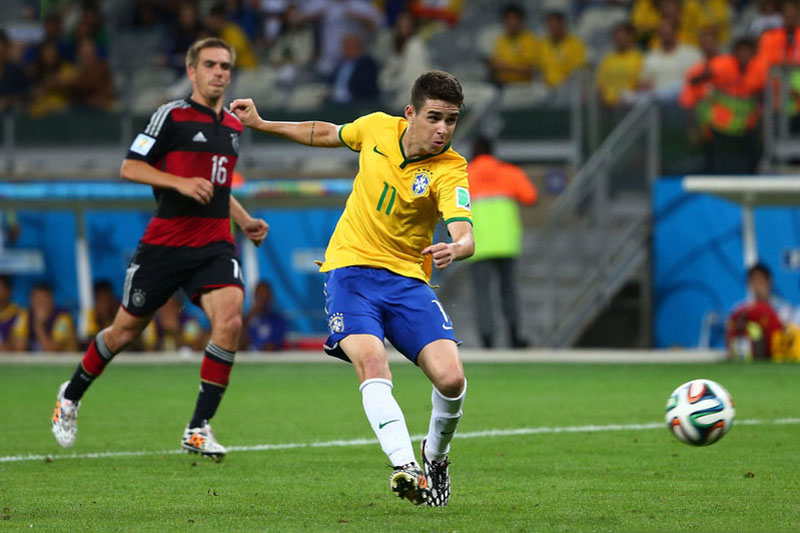 Óscar scoring Brazil’s goal in the 1-7 loss against Germany, in the FIFA World Cup 2014 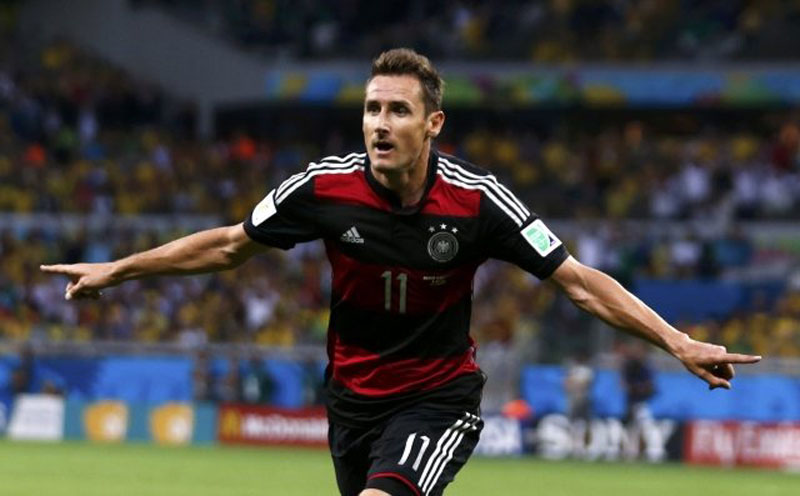 Miroslav Klose scoring his goal 16 in the World Cup, during Germany 7-1 win against Brazil 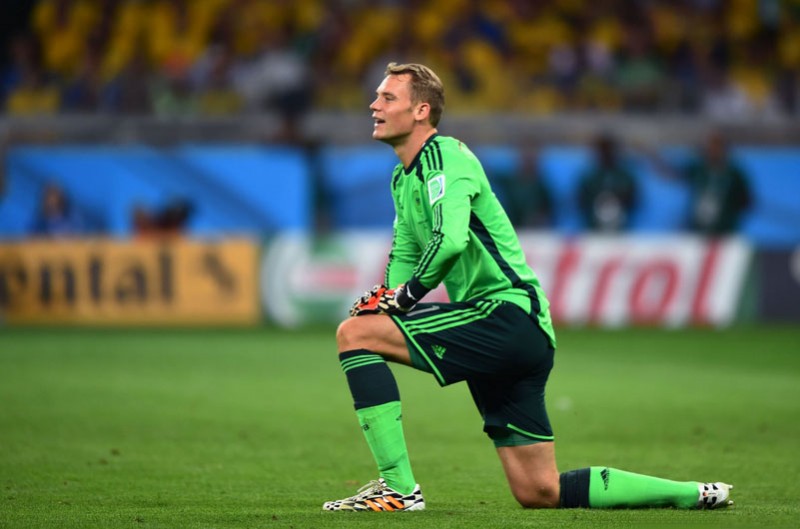 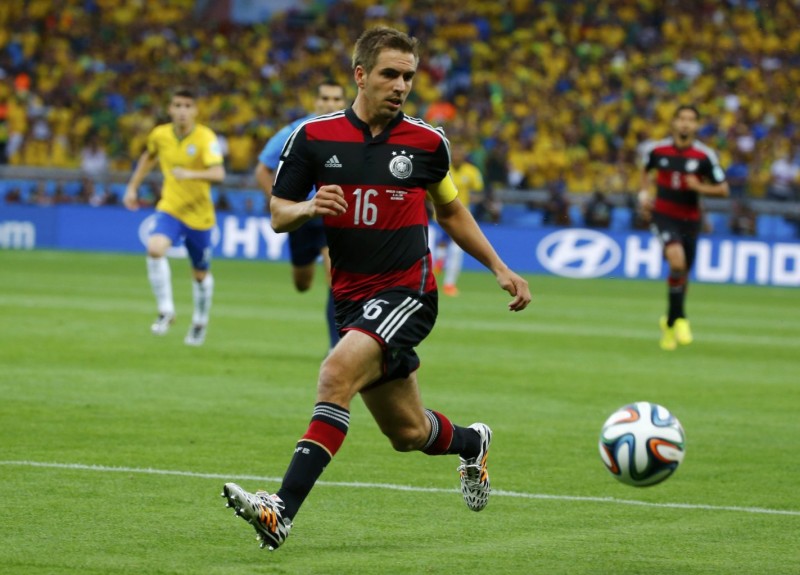 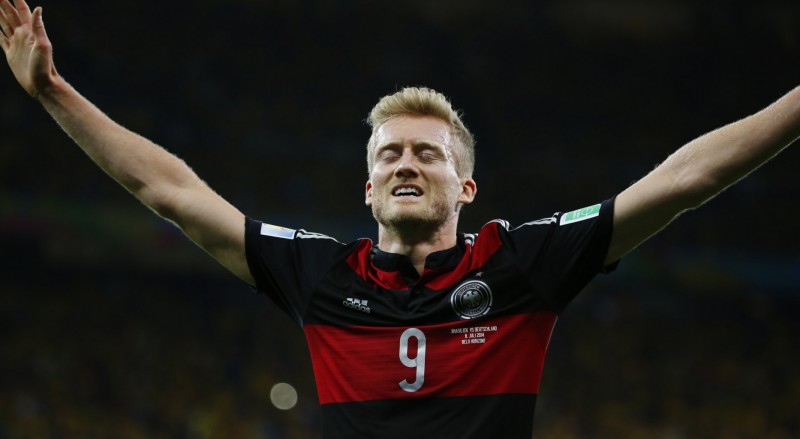