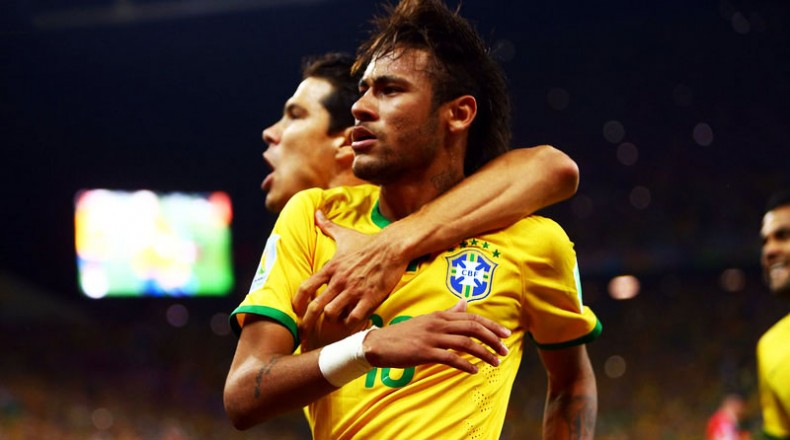 - Final score uncertainty until the end

- Bad calls from the referee

Brazil and Croatia met each other in this year’s World Cup opening game and it ended up being the Brazilian side the one with more reasons to celebrate at the end. The two teams were drawn in Group A together with Mexico and Cameroon, and even though the Europeans are deemed as the biggest favorites to advance, we all know how one bad game/result can sometimes jeopardize most of their chances of succeeding in a short 3-game group stage.

This Thursday evening’s game was held in São Paulo and the 62.000 fans watching the match at the stadium witnessed Croatia drawing the first blood as we had just gone by the 10th minute of the first half. It all started with Wolfsburg‘s Ivica Olic running down the wing on the left and putting in a cross to the nearest post. Jelavic was in the right place to attempt to finish it off, but is touch was too weak to take the desired direction, which ended up tricking Marcelo on his back and made the Real Madrid‘s left-back sending it to the back of his own net.

If those first 10 minutes have shown us something, it was that Croatia wasn’t going to take this game lightly. Brazil was not finding the right solutions to break into their opponent’s defense as they would have wanted and unsurprisingly, it had to be Neymar solving the problem. The 22-year old forward picked up the ball deep in Croatia‘s half of the pitch and after advancing a few meters with it, he struck it from roughly 20 yards out. The shot was low but strong and Pletikosa failed to reach out to it despite throwing his whole body to the left.

With the equalizer on the scoreboard, one would think Brazil would finally settle in the game and start dictating the tempo that most favored them. However, Croatia held on to the ball quite well throughout most of the match and when they had to defend, they’ve done it very efficiently.

The most critical game changing moment happened as we were stepping into the 71st minute, when the Japanese referee Nishimura misjudged a play inside Croatia‘s box. The Brazilian striker Fred had just controlled a ball with a Croatian defender on his back, when he suddenly seems to have lost his balance and went down without the slightest touch. The referee made a poor call by pointing to the spot, revealing that he more than anyone else on the pitch has failed to handle the pressure of a FIFA World Cup opening match. Neymar was the man elected to step on to the mark and he wouldn’t miss such a great opportunity to put Brazil on the lead for the first time on the night.

There would still be time for a final goal close to the 90th minute of the game, when Chelsea‘s attacking midfielder Óscar went upfront on a solo attacking play and somehow managed to score from a toe-poke shot while he still was well outside the box. Croatia‘s goalkeeper could have probably done a bit better there, but the bottom of line is that the Croatians can be proud of their performance last night and if it wasn’t for such a bad call from the referee, they would have probably picked some points against the hosts and tournament favorite’s Brazil. With this Thursday’s 3-1 win, Brazil moves up temporarily to the top of the World Cup‘s Group A. Tomorrow it’s time for Mexico and Cameroon to complete their 1st fixture and the four teams from this World Cup‘s Group B (Spain, Netherlands, Chile and Australia) to debut too.

You can watch Spain vs Netherlands live stream on Ronaldo7.net, which will surely be one of the best games of this World Cup group stages. 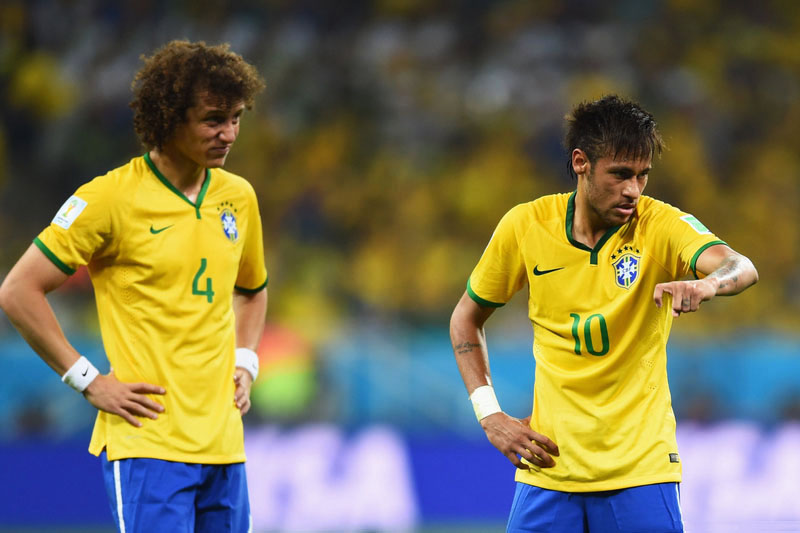 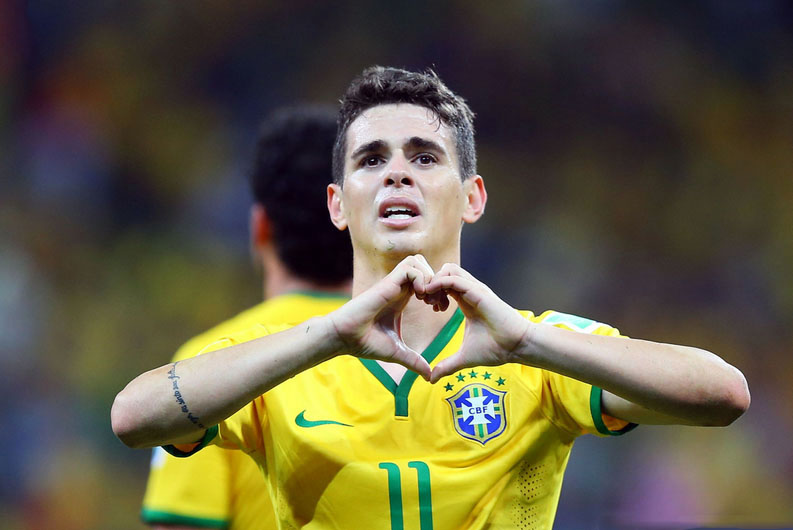 Óscar in Brazil’s goal celebration, making a heart gesture with his hands, in World Cup 2014 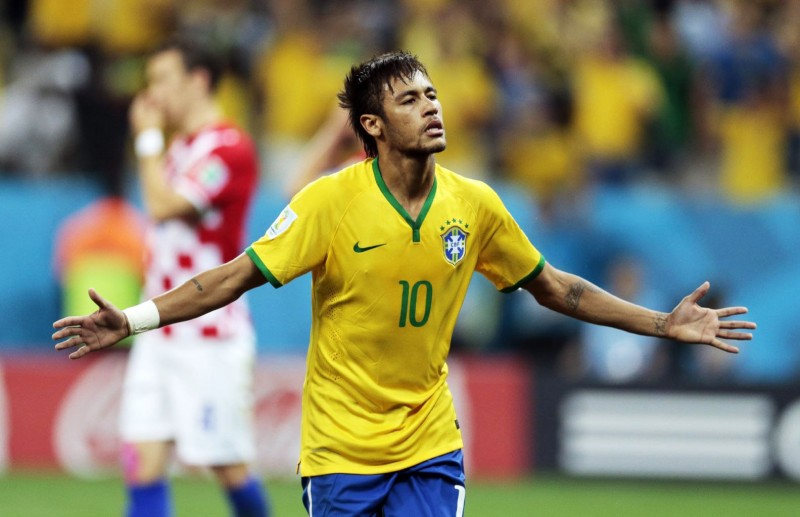