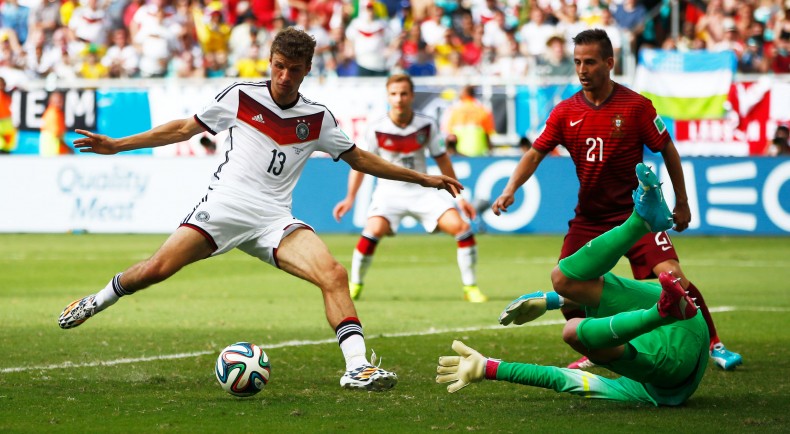 The Group G of the 2014 FIFA World Cup opened up with a match between two teams deemed as title contenders, but only Germany seems to have left out the pitch holding that label. The “Mannscahft” dispatched the Portuguese Team with an expressive 4-0 win and made sure they would pick the first points in their group.

Not only the Germans won convincingly against one of the most powerful sides in the World, as also they’ve made a strong statement to the other title contenders from the remaining groups. Winning 4-0 against a Portuguese Team led by Cristiano Ronaldo and several other major players is something that shouldn’t be overlooked, even in the case of the “Selecção” not having performed in their best level…

Looking back at what happened in the match, Germany impressed mostly in the way they managed to held on to the ball and pass it around their players, leaving Portugal‘s midfield without many chances of disputing them on that particular battle of the game. Joachim Löw played with a very packed midfield formed by players such as Bayern Munich men Philipp Lahm, Toni Kroos and Mario Götze, Real Madrid‘s Sami Khedira and Arsenal‘s Mesut Ozil.

The victory started being built around the 12th minute of the first half, following a penalty-kick call by the referee on a foul drawn by Mario Götze. The former Borussia Dortmund midfielder had just skipped past João Pereira, when the Portuguese defender used his arms to bring him down inside the box. Penalty-kick to Germany and Thomas Müller easily converted it to send his side to an early lead in the game.

Portugal never reacted very well to the early setback and even though they still managed create a couple good chances to equalize the game afterwards, it would be Germany reaching the next goal of the evening. It came in around the 32nd minute of the first half, through a corner-kick taken by Toni Kroos that Mats Hummels headed into the back of the net after finding virtually no opposition inside the heart of Portugal‘s box.

Everything seemed to be happening naturally for the German Team and after another moment of madness from Pepe in the 37th minute, Portugal was forced to play for more than 50 minutes with only 10 men on the pitch. The Real Madrid defender failed to keep his cool when he saw Müller falling near him after being touched on the face and immediately went towards him to slightly headbutt him. The referee wasn’t there to play around and didn’t hesitate in pulling from the red card. Harsh decision? Probably yes, but Pepe should have known better…

Germany reached their 3rd goal still before half-time, which must have raised even more concerns within the Portuguese Team about a potential record-breaking humiliation in the World Cup. This time the goal came in after another error in the Portuguese defense, following a bad clearance from Fenerbahçe‘s centre defender, Bruno Alves. His bad touch made the ball fall over on Thomas Müller feet and the German forward was keen to show his killer instinct upfront, as he striked it without having much time to think about what to do there and beat Rui Patrício to set the score in 3-0.

To make things worse, Portugal still had to bear the loss of two of their players to injury, since both Hugo Almeida and Fábio Coentrão were forced to leave the pitch after struggling with some worrying physical problems. Germany naturally slowed down the tempo in the second half, but they would still score a 4th goal shortly after we entered the last quarter of an hour. The goalscorer was once again Thomas Müller, who simply had to tap-in a rebound coming off Rui Patrício‘s hands, following a low cross by Chelsea‘s midfielder André Schurrle, sent in from the right wing. With the hat-trick Müller signed in this game against Portugal, the German 24-year old striker is already the 21st World Cup‘s all-time top scorer with a total of 8 goals, and is now “only” 7 goals behind the leader Ronaldo Nazário (the Brazilian one). 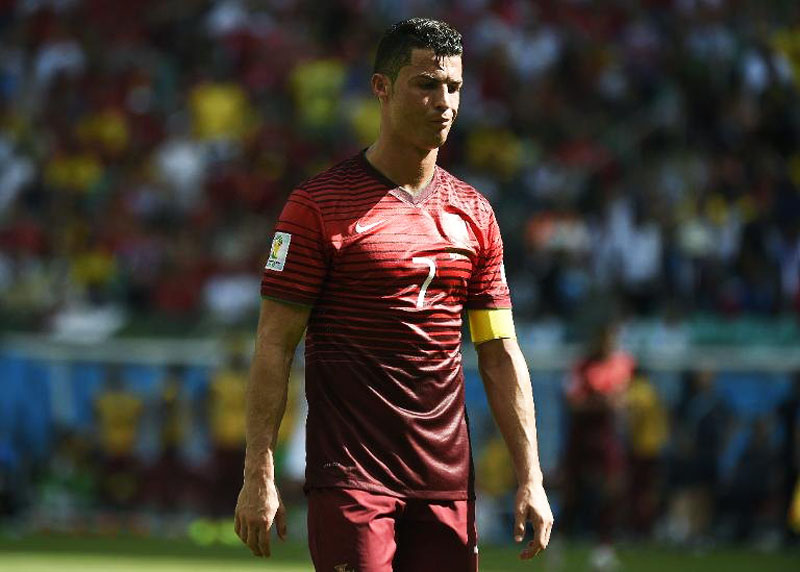 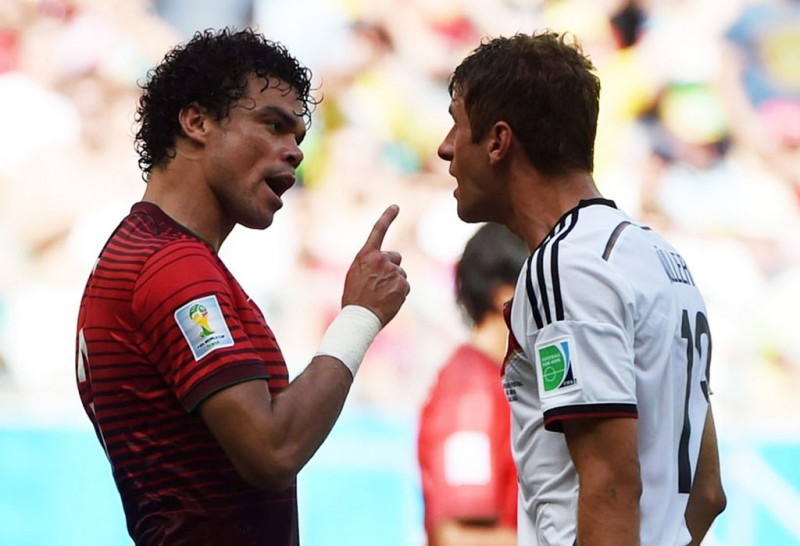 Pepe vs Thomas Muller, in Portugal vs Germany at the FIFA World Cup 2014 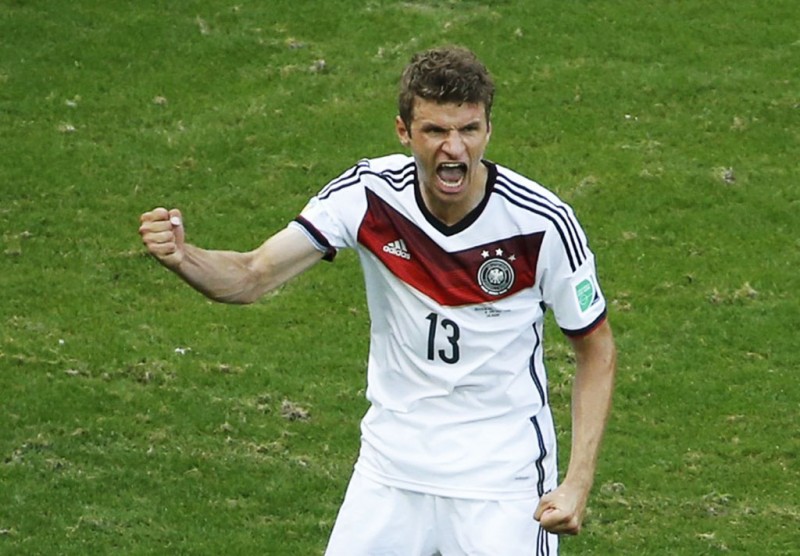 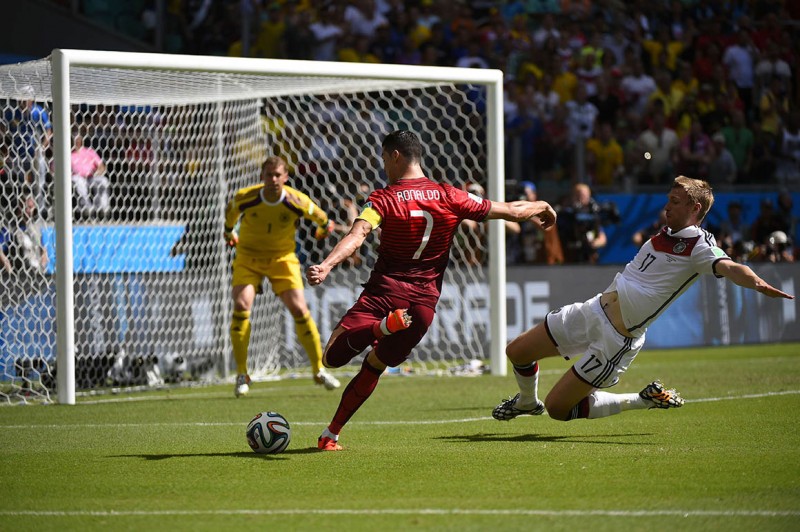 Cristiano Ronaldo vs Germany in the FIFA World Cup 2014 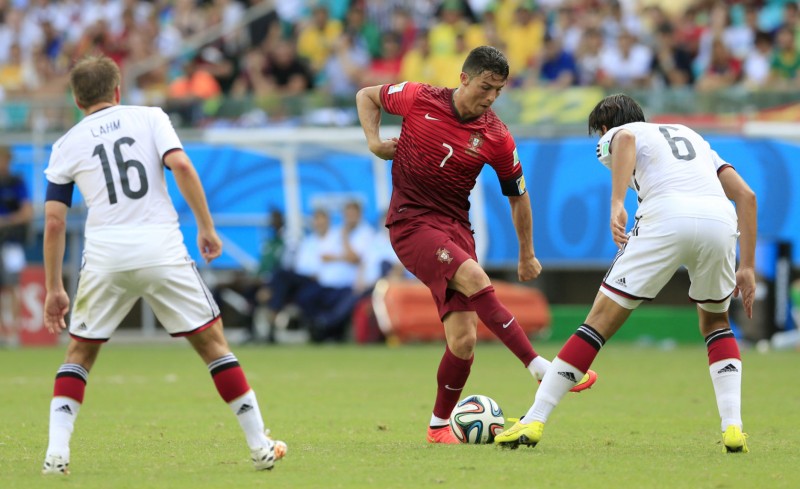 Cristiano Ronaldo showboating in the Portugal vs Germany, in the FIFA World Cup 2014 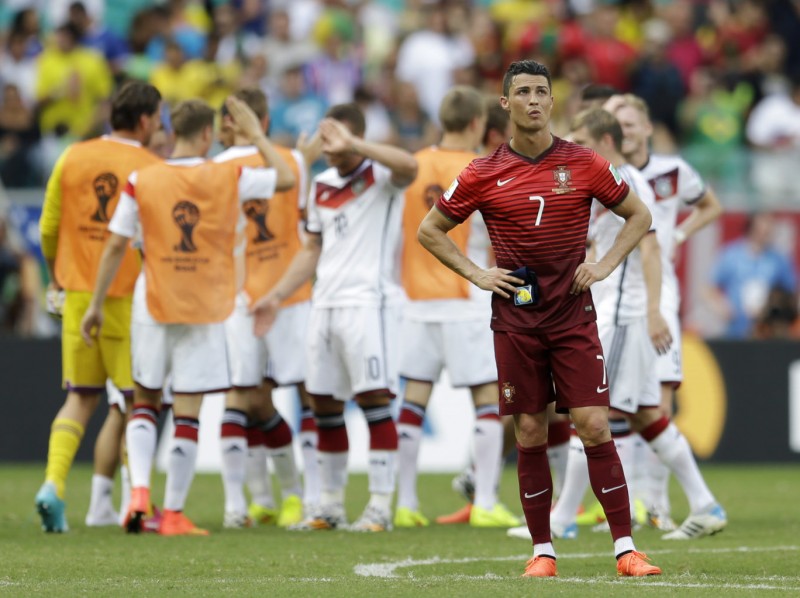 Cristiano Ronaldo lonely moment with Germany celebrating just behind him, at the World Cup 2014 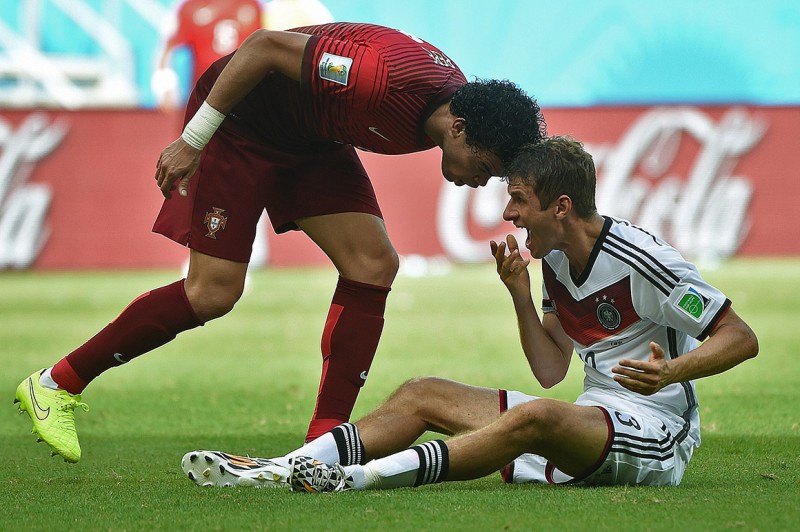 Pepe headbutt to Thomas Muller, in the FIFA World Cup 2014 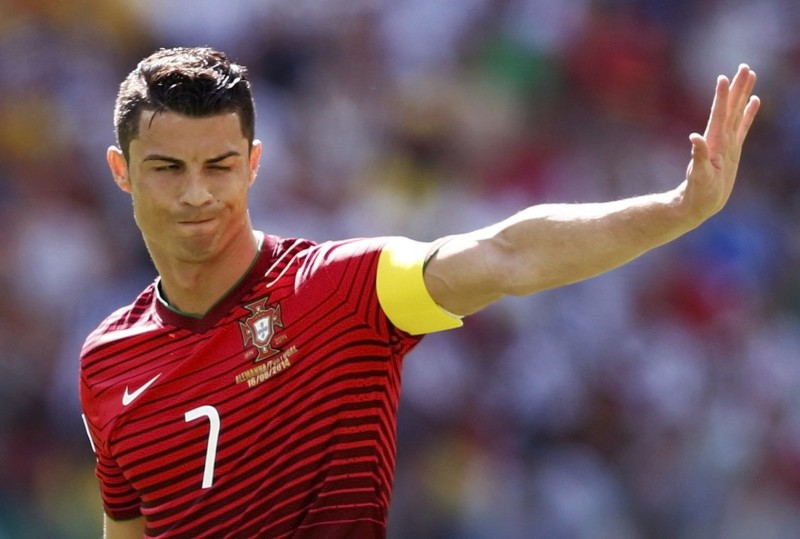 Cristiano Ronaldo playing for Portugal at the FIFA World Cup 2014 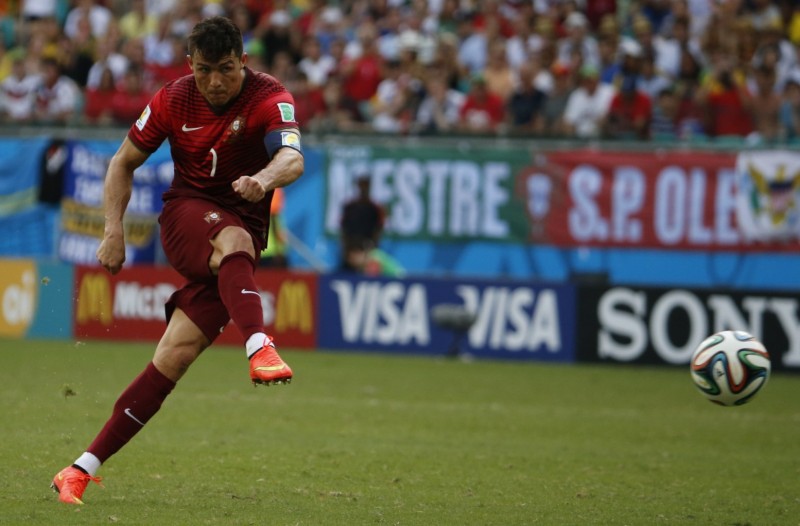