Real Madrid 4-1 Atletico: The Kings of Europe are back! | Football Gate 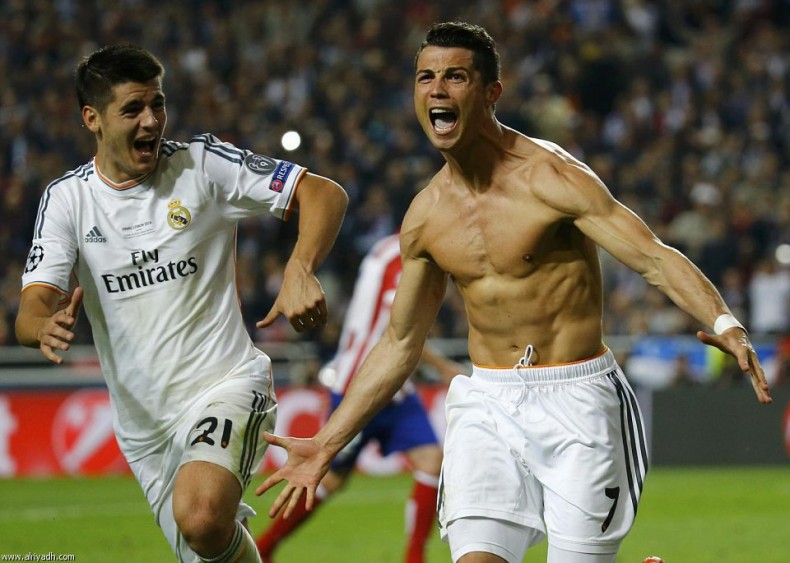 One of the greatest Champions League finals in the last years

City neighbours Real Madrid and Atletico Madrid clashed in Lisbon this past Saturday, in order to decide who was to be crowned European champions this seaason. Fortune seems to have smiled at the Merengues though, as they’ve beaten their rivals by 4-1, after going through a 30-minute period of extra-time (1-1 in regular time).

Diego Simeone’s men were the ones to draw first blood, as they got in front after a Diego Godín’s header, around the 36th minute of the first half. It all happened when following a corner-kick taken on the Colchoneros right attacking side, Iker Casillas made a mistake when stepping out of his goal and got caught out of position. The Uruguay international realized that and headed the ball over him, sending his side to an always important first lead in the Champions League final.

Real Madrid improved their game during the second-half, especially after Carlo Ancelotti decided to introduce a few changes to his team. The first reinforcements came from Isco and Marcelo, who allowed the Merengues to gradually start pushing Atletico’s back to their own box. The new Spanish champions were resisting to most of the attacking intents and until the last corner-kick of the regular time, it didn’t seem like Real Madrid was going to find a way to breach into the Atletico Madrid’s wall and very organized defense.

The referee ordered 5 minutes to be played after the 90 minutes got completed and it was all or nothing for Real Madrid when they earned a corner-kick in the 93rd minute. Luka Modric, sent in a perfect cross into the heart of the box and in a blink of an eye everything changed when Sergio Ramos’s header went past Courtois to equalize the game! Real Madrid had not just tied the game at 1 goal in the last minute of regular time, but they’ve also gained the momentum that would turn out be crucial in the following 30 minutes of extra-time…

The 2-1 arrived in the 110th minute and it was the result of a masterpiece play from Angel Di María. The Argentina international got rid of two Atletico Madrid players close to the left side line, and when he got in front of Courtois he tried to curl the ball around him with an outside part of the foot type of shot. The Belgium international made a great stop with his leg, but the ball ended up falling in the far post, where Gareth Bale easily headed it into an empty net. The “remontada” had finally been accomplished and Atletico were already physically and mentally devastated by then.

There would still be time for Real Madrid to confirm the victory with another two goals though. The 3-1 came in through a good effort from Marcelo, who made use of his fresh legs to breach into Atletico Madrid’s very tired defense and beat Courtois with a strong left-foot strike. The final score was set by Cristiano Ronaldo, who scored his 17th goal in the competition in the 120th minute, converting a penalty-kick with his right foot and sealing “La Décima” for Real Madrid once and for all. 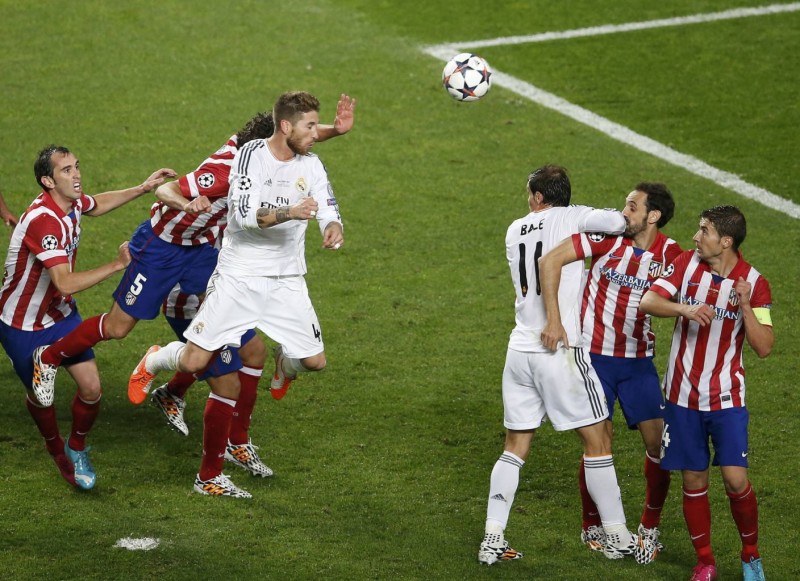 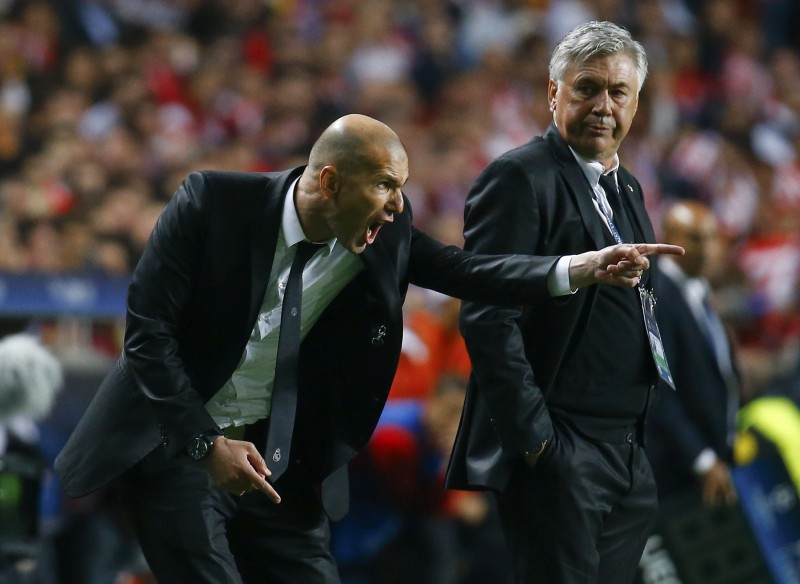 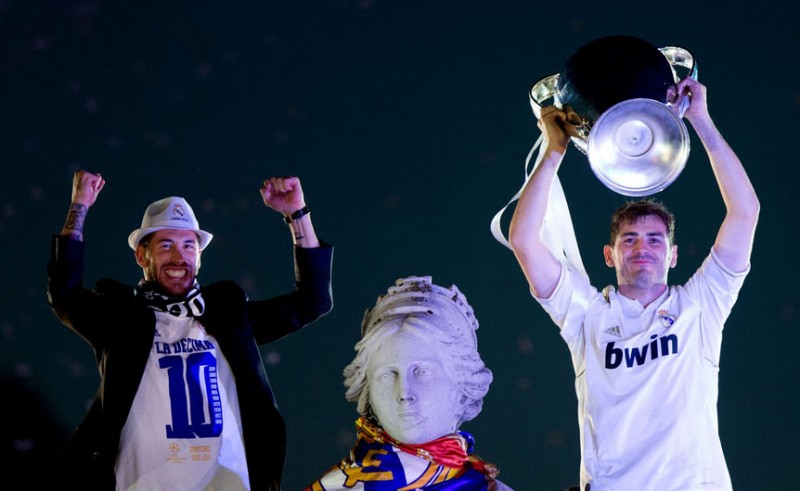 Casillas and Sergio Ramos lifting the Champions League trophy in the Cibeles, Madrid 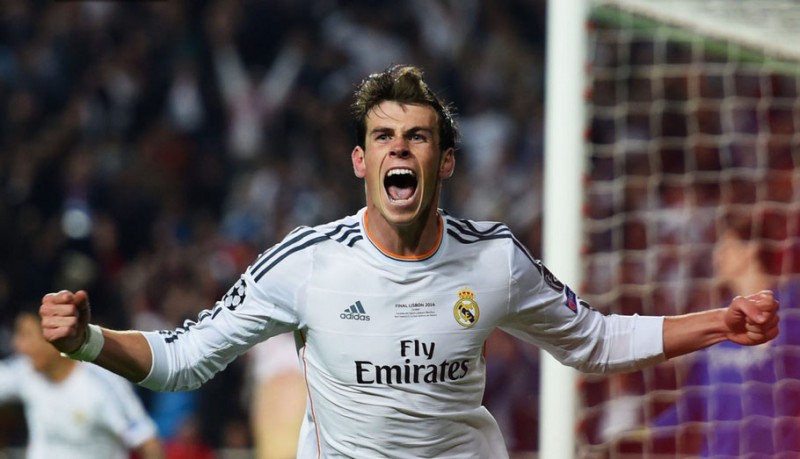 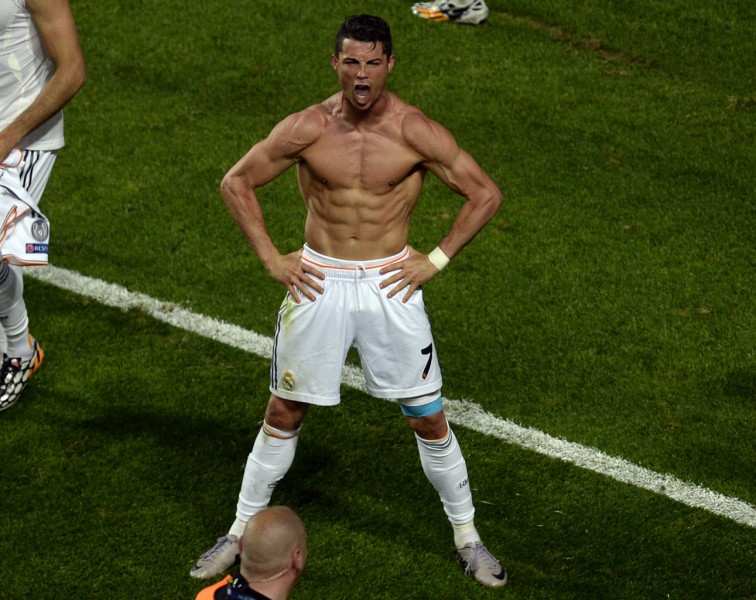 Cristiano Ronaldo shirtless, showing his body and physique in the Champions League final 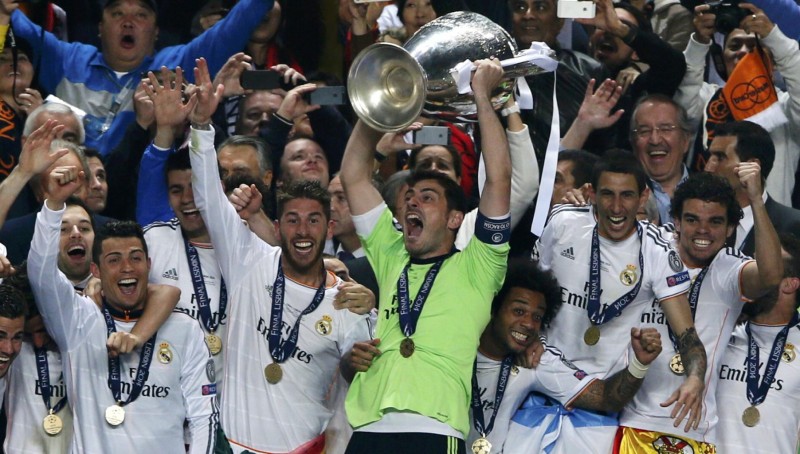 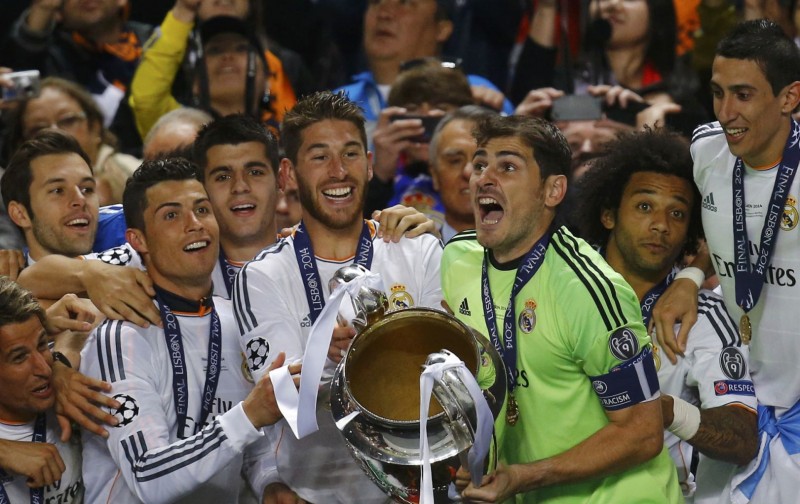 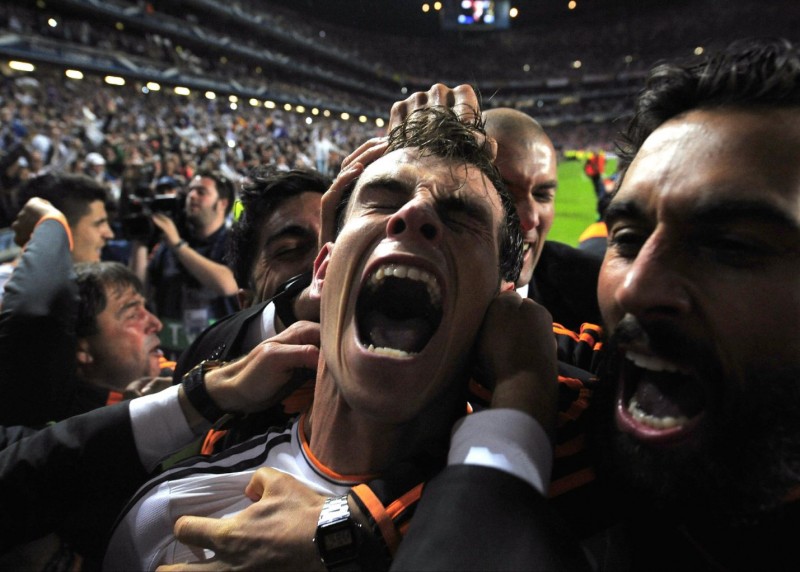 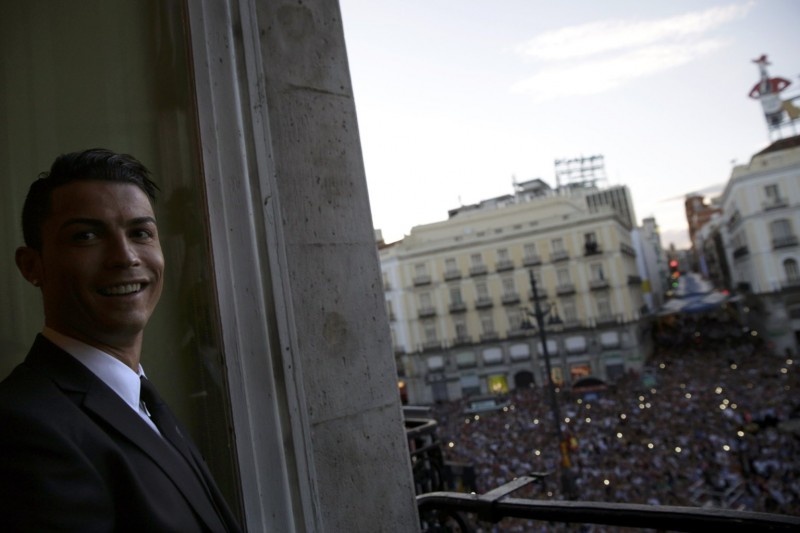 Cristiano Ronaldo in Madrid’s balcony, during the Champions League celebrations 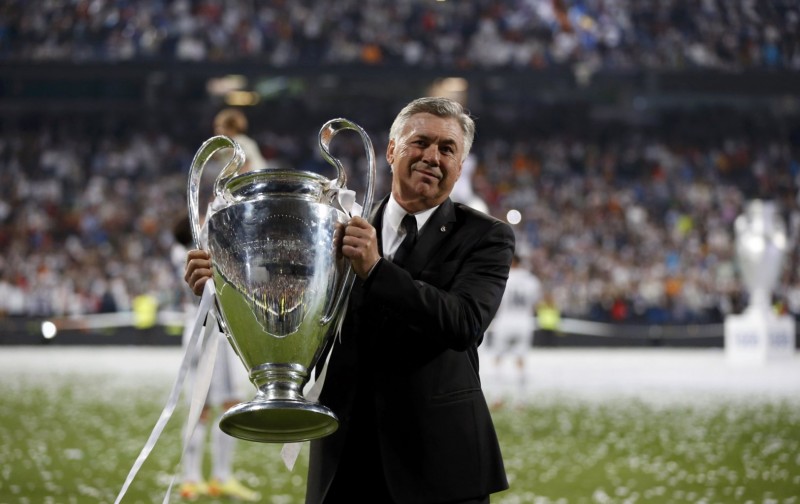